Holy hiatus!!!!! My apologies for my absence, life has been very crazy lately. But we’re settling back into normalcy now, and spring is here (aka sewing season). It doesn’t hurt that my mentor started a sewing bloggers group on Facebook this week,either. So…about the sewing. I’m in love with the Simplicity 1425. I stretched it out over three days of lazy sewing, but it could easily have been completed in one day. That’s including all the alterations I made. I will absolutely being sewing this one again.

Speaking of the some alterations, let’s get down to that. I cut the lace for view E, and cut the black lining for view B. To be blunt, I just love a bit of cleavage. For the pleats, I decided to sew the lace and black cotton together, so as to not have an overly poofy peplum (almost like an underlining). NOW, Simplicity calls for three buttons to hold this bad boy together. THREE! Fuck that noise, I have no faith in buttons to keep me from being naked in public. Based on what I saw seemingly every other sewist do, I decided to do an exposed separating zipper in the back. This baby is secure. The neckline is just serged, and will be eventually treated with bias tape. My lace has a scalloped edge, so I left that as is. I feel like all this black needs that touch of femininity, ya know?

Buying fabric in my area is a sad, sad endeavor. It’s basically Joann’s or Hancock. Also, I’m just absurdly cheap. I’m telling you this to justify making this top from the cheapest quilting cotton in my stash, and lace leftover from a previous project. Despite all of that, I like the way this top came out. Admittedly, I need to do some fitting here. There’s puckering in the back needs love, and the waist needs to be a bit more fitted. Give this pattern a go, I’m sure you’ll love it! 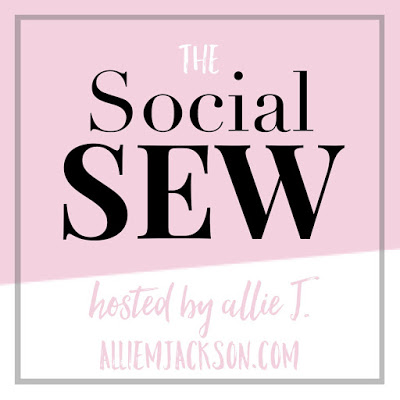